Home » Photography » A day of normality?

Since my mum died in January, we have been doing a 320 mile round trip between Yorkshire and Worcestershire every other week. There was so much work involved in clearing mum’s house in preparation for sale, I found spending more than a week there emotionally draining, so the long drive there was the lesser of the two evils.

Finally,  on the 10th April the house was put in the hands of an estate agent, and we returned home for a longer break.

We had left a few bits of essential furniture there for when we visit, but basically this can be removed as and when, which will be sooner than I expected, as the house was sold, subject to contract on 15th April.

Last Thursday (24th April), T decided we needed some normality back in our lives. Normality being, a bus (free pass) or train (senior discount) ride to somewhere nearby.

I think we’ve been spending too much time in Yorkshire, I’m a tight Tyke by birth, but it’s rubbing off on T now, so the bus won and we whooshed to Worcester on the Woosh Bus.

Once there we headed down towards the river for our normal stroll along the bank. 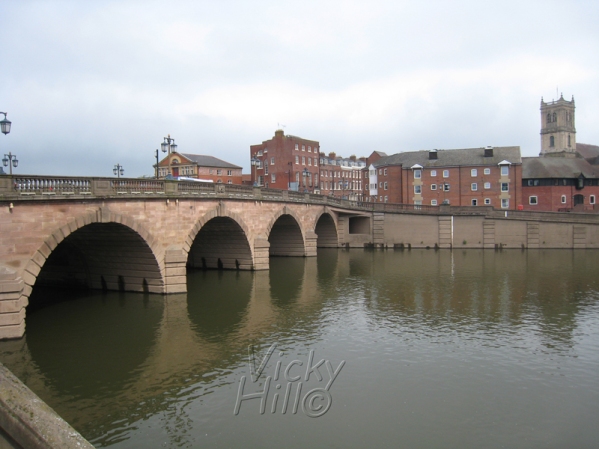 The River Severn was at a more normal height, unlike the last time we’d travelled to Worcester on 7th January, when our stroll was curtailed by floods. I wrote and posted a short video about it here.

Believe it or not, the floods got even worse, and in early February eventually took out the rivercam.

Check out 11th February on this website by Farsons Digital Water Cams showing the lock gates underwater and compare to my photos below from 24th April.

We continued along the footpath.

T does concern me sometimes.

On towards the new Diglis Bridge, we followed our footsteps of a previous walk I’ve written about………creatures of habit we are 😉

But wait, these metal men weren’t here before: 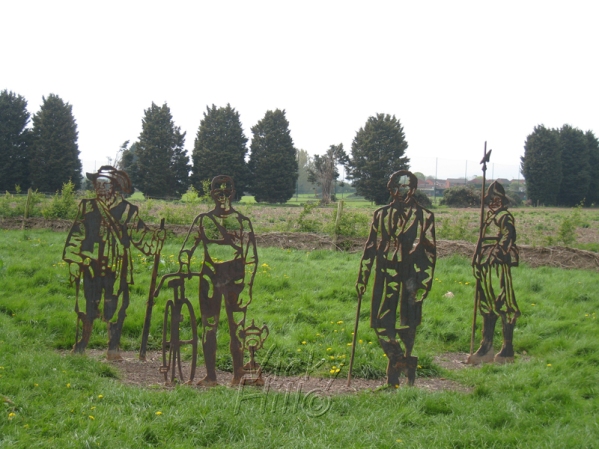 Just standing there, by Diglis Bridge, without any rhyme or reason as to why.

I took a few photos and we continued on our way. 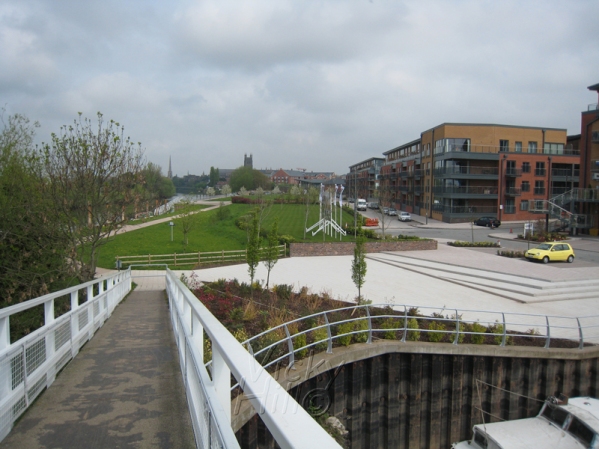 Past the new and I’m guessing rather expensive apartments, now occupying land where the famous Royal Worcester Porcelain Works once stood.

After sharing…….yes, I did say sharing (tight Tyke syndrome)…..a bag of chips, we both decided a pint of real ale at King Charles House would help wash them down……no we didn’t share a pint 😉

I’d found the metal men sculptures totally fascinating, especially when photographed from a low angle, so once home I had to find out a bit more about them.

A Royalist and a Parliamentarian from the Civil War, Olympic gold medal-winning cyclist, Ernest Payne and  Sir Charles Hastings, founder of the British Medical Association.

More images of them in the slide show below.